About the Safety of the Products We Use

WHAT INFECTIONS ARE IN YOUR CARPETS, MATS AND ON YOUR COTS?

Did you know that the average square inch of carpeting has over 200,000 bacteria. That’s 4,000 times more than a toilet seat! That’s right. Just think of all the coughing, sneezing, spit-ups and diaper leaks that have happened on your carpets, rugs and cots. Now let’s add it everything the adults step in outside and track all over those carpets. That could include animal feces and other non-desirable items. Now think about a child running their fingers through the carpet and putting those fingers in their mouths. Would you do that to yourself? No Way! So why not protect the children as well.  This is where carpet disinfection can make a big impact.

What’s on the bottom of these shoes and see the feces in the carpet.

75 percent of people said that they wore their shoes around the house, which opens the door to a whole new set of problems. Wearing shoes around the house means you are most likely spreading traces of Escherichia coli (E. coli) bacteria around your floors — and carpet is especially prone to harboring this invasive bacterial species, which is commonly found in human and animal feces. That’s why taking steps to disinfect your carpet at the bacterial level is so important.

What’s in your carpet:

Where does it come from:

This is How Carpet Disinfection Works Did you know that you’re putting yourself and your family at risk — especially if you have small children who play on the floor and put their hands in their mouths an average of 80 times an hour — of stomach, eye, and lung infections? Think about where you’ve been today: Maybe you were at the grocery store and your foot skimmed over some bad milk, or maybe you walked to work on sidewalks where dogs defecate and racoons drag trash around. Maybe you even work in a factory with toxic chemicals or used a public bathroom at the gas station.

Regardless, you’ve exposed your shoes to millions of organisms that will then get dragged throughout your house.

This is Why Carpet Disinfection is So Important

The University of Houston did a study and found that 39% of shoes contained bacteria C.diff, a public health threat resistant to a number of antibiotics that can cause many health issues, including diarrhea.

Coliforms, on the other hand, which are universally present in feces, were detected on the bottoms of 96% of shoes.

E. coli was also detected on 27% of the shoes, along with seven other kinds of bacteria, including Klebsiella pneumoniae, which can cause urinary tract infection, and Serratia ficaria, which can cause respiratory infections.

In total, researchers at the University of Arizona found nine different species of bacteria on people’s shoes, and determined that these bacteria live longer on our shoes than in other places. Naturally there is just a continuous build up of new bacteria that feeds the growth of more bacteria.

Researchers also tested to see if bacteria on shoes would transfer to the tile floors in a house. More than 90 percent of the time it did, and carpets fared even worse.  Only carpet disinfection measures will kill this bacteria. Microbiologist Dr. Charles Gerba, who teaches at the University of Arizona, conducted a study which involved testing a brand new pair of shoes, and found that within just two weeks of wearing them, they accumulated 440,000 units of bacteria. “The common occurrence (96 percent) of coliform and E. coli bacteria on the outside of the shoes indicates frequent contact with fecal material, which most likely originates from floors in public restrooms or contact with animal fecal material outdoors,” said Gerba. “Our study also indicated that bacteria can be tracked by shoes over a long distance into your home or personal space after the shoes were contaminated with bacteria.”

Good Morning America conducted a similar test, examining the bottoms of eight different people’s shoes, as well as two dogs’ paws, for bacteria. They concluded that the shoes were dirtier than a toilet seat. “Toilet seats generally have 1,000 bacteria or less, and these are in the millions so there’s a lot more bacteria here,” said Jonathan Sexton, a research assistant at the University of Arizona’s College of Public Health.

“Good Morning America” tested the bottoms of eight different people’s shoes, as well as two dogs’ paws, for bacteria. Ciocon’s shoes contained the most bacteria of all — 66 million organisms.
In a recent study, researchers at the University of Arizona found nine different species of bacteria on people’s shoes. These types of bacteria can cause infections in our stomachs, eyes and lungs.

The study also found bacteria live longer on our shoes than in other places. As we walk, we constantly pick up new debris that feeds the growth of more bacteria.

The researchers tested to see if bacteria on shoes would transfer to the tile floors in a house. More than 90 percent of the time it did. Carpeting harbors bacteria even more.

“GMA’s” test results were “dirtier than a toilet seat,” said Jonathan Sexton, a research assistant at the University of Arizona’s College of Public Health. “Toilet seats generally have 1,000 bacteria or less, and these are in the millions so there’s a lot more bacteria here.”

“I’m concerned,” she said. “I’m going to make sure everyone takes their shoes off from now on. As soon as they get to that door, their shoes are going to be off.”

Children under age 2 are the most vulnerable to the germs we track into the house, because they play on the floor and put their hands in their mouths an average of 80 times an hour.

“That means that your child can possibly be exposed to every single bacteria that you picked up on your shoe […] all the bacteria from the park, the store, everywhere you went that day,” Sexton said.

Out of “GMA’s” 10 tests, nine contained coliform, a type of bacteria that comes mostly from human and animal waste.

Scientists blame the floors of public restrooms and bird and dog droppings. The dogs in “GMA’s” test came in fifth and ninth place for dirtiest soles.

But that doesn’t mean dogs are cleaner than people. One of the dogs in the test had just been for a walk in the rain, which probably cleaned his paws. Also, paws are much smaller than our shoes, so they carry fewer germs.

7 Nasty germs that are lurking in your carpet

Research by Philip Tierno, Jr., Ph.D., New York University Langone Medical Center microbiologist, immunologist and author of The Secret Life of Germs, shows that your carpet is a lot dirtier than you think. In fact, it probably has about 200,000 bacteria per square inch. That’s about 4,000 times grosser than your toilet, in case you were keeping track.

According to the CDC, Despite the evidence of bacterial growth and persistence in carpeting, only limited epidemiologic evidence demonstrates that carpets influence health-care associated infection rates. 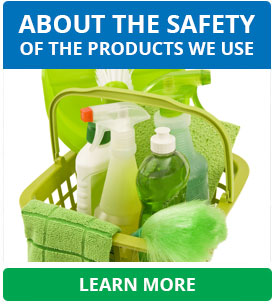